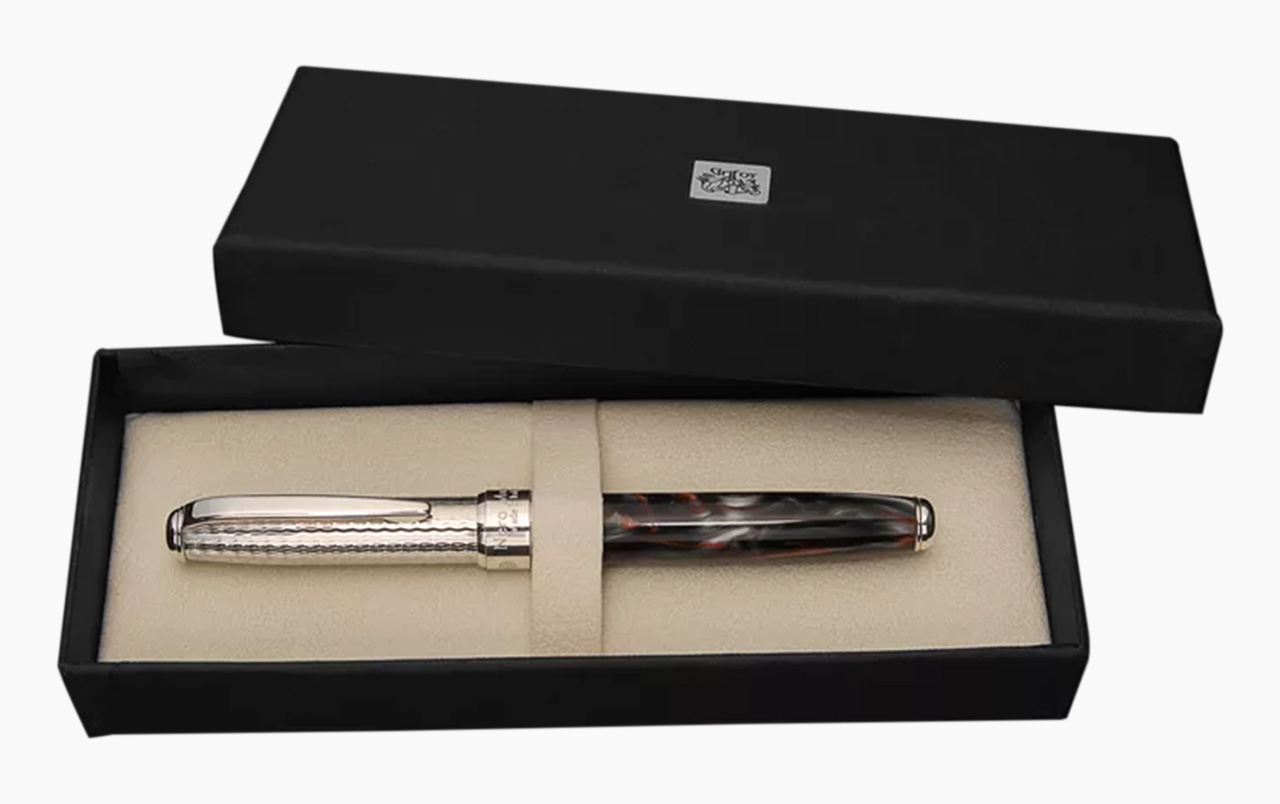 ...As young as the river after the rain, as old as its course...

For more than twenty-five years Grifos has been in the world of writing working with silver, gold and other precious materials with the well known Italian artistry and professionalism to create fine writing instruments of every kind: Fountain Pens, Rollerballs and Ballpoint Pens as well as Mechanical Pencils.

Working with noble and precious metals requires agility and competence handed down by the Italian and Aostan traditions: Grifos manufacture writing instruments in silver and gold combining them with other materials like hard resin, natural horn; briar, bog oak and vine and olive woods, leather and exotic skins to create classic yet original products. The artisans are well known for executing beautiful Guillochè designs which is the distinctive feature and special appeal of the silver pens. Guilloché is a technique with origins in the 18th century and consists of using a manually operated natural diamond cutting tool to engrave metals, resulting in brilliant diamond cut patterns. Engraving pens, one line at a time, one by one with vintage equipment, allows to convey the passion to those who use them, making these objects even more precious. Every step of its production – from manufacturing to packaging – is carefully checked by experienced artisans.

Grifos resides in the Aosta Valley of Northern Italy near the French and Swiss borders. This is one of most mountainous regions of Italy, surrounded by the most famous peaks in Europe: Mont Blanc, the Matterhorn, Gran Paradiso and Monte Rosa. The alpine character of the area is expressed in its pine forests, high pastures and numerous small lakes fed by mountain streams. Remainders of the region’s history are everywhere, particularly in the Roman-era theatre, city walls and monuments. There are also Romanesque churches and many fortified castles from the medieval era. And in the midst of it all, in Champdepraz, is Grifos.This Every day nature gives new hints of materials that can be shaped by humans but stand the test of time:

One of the most celebrated creations is a Fountain Pen made of primitive but eternal material immediately recognizable to the touch: steatite or soapstone (ollar stone).

This collection of fine writing instruments is able to convey invaluable history, art and dreams to pay tribute to those teenagers and especially to those men in the world who created the art of writing, passing it along for centuries.